Veritas Wine Room A good wine bar welcomes all customers, from oenophiles in search of new releases to add to their cellars to others who can’t tell the difference between a Cabernet Sauvignon and a Sauvignon Blanc. (HINT: The first is red, the second, white.) Some offer well-paired food, others a chance to meet and mingle with other grape fans, while a few house high-tech vending machines that dole out pours instead of snacks. At these top 10 wine bars across the country, you are sure to find a good selection of wines as well as knowledgeable, helpful staff. 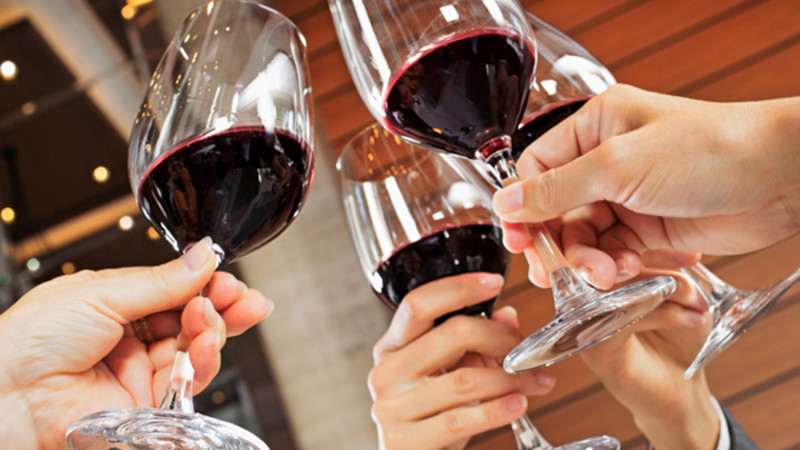 This laid-back vino-pub is usually packed with wine lovers in search of the next great inexpensive wine. The 30-plus wines-by-the-glass menu circles the globe, and the 350-bottle cellar features red (Old and New World), white, port, sparkling, and sweet varieties. Regional products get top billing in the kitchen. It serves meats, cheeses, chocolate, and honey from local artisan producers. Need advice? The owners are lawyers, and they’ve been known to brief a customer on the finer points of a Texas Sangiovese and offer tips on how to fix a traffic ticket.

Veritas calls itself a vino pub, and that’s spot-on. It feels like that pub where you and your friends gathered when younger—except that it happens to stock 350 wines (including 20 or more by the glass). The owners are brothers who studied wine in Europe, but don’t expect exams; the mood here is utterly relaxed and convivial. You can also work your way through a list of more than 30 cheeses (many emerging from the surprisingly yeasty Texas cheese scene). 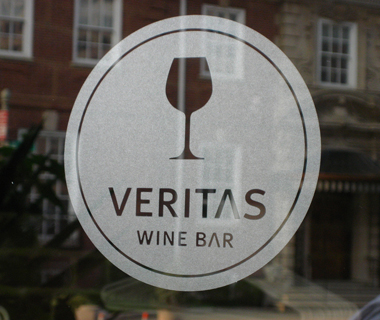 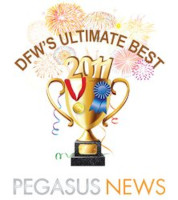 Winner of Ultimate Best contest for Best Wine Bar: Veritas Wine Room on Henderson Avenue in Dallas.
Winning percentage of vote: 44%
Why: Nestled on Henderson Avenue next to a bunch of great restaurants and coffee houses is Veritas Wine Room, a cozy wine bar. It’s owned by East Dallas brothers who have studied wine in Europe and brought their expertise back to Big D.
Runners-up: Times Ten Cellars and Cru A Wine Bar

More soothing than stuffy, Veritas’ vibe strikes an inviting, approachable balance between Uptown swank and East Dallas casual. Sip wine by the glass or by the flight while striking up conversation over a dish of buttery foie gras.

D Magazine Best of Big D 2009
Veritas’ Brooks and Bradley Anderson
Veritas Wine Room
From their office on Lower Greenville, Bradley and Brooks Anderson have a unique view of Dallas , literally and figuratively. The latter in that they help people handle traffic tickets. The former because their office sits between two great Dallas institutions: the Grape and the Dubliner. Their appreciation for these places, combined with their oenophile nature, helped inspire them to create the best drinking spot on lower Henderson Avenue since Louie’s: Veritas Wine Room. It combines the homey dark woods and mellow vibe of the Dub with the easy sophistication of the Grape. “We’re really a wine pub,” says brother Brooks. “We’re a neighborhood joint. We’re not fussy. We just have great wine, beer, and food.” This fusion means you can sample high-end noshes (like the paté provided by Grape chef Brian Luscher) and reasonably priced reds (like the stellar pinot noir we sampled, and sampled heavily, during our interview). You can also buy any wine on the wall, usually at insanely good retail prices. This perfect marriage of upscale and easygoing is why you’ll see lawyers lounging and sipping with service industry regulars. It’s also why you’ll see us right in the middle of them, any chance we get.

UP ALL NIGHT: VERITAS WINE ROOM TRULY A CLASSY SPOT

Veritas is worth a visit for its snack menu alone.
he new Henderson Avenue wine bar, which doubles as a retail store, gussies up its cheese plate with smoky, Texas-made bison jerky. Wedges of gourmet chocolate are sold in little cups.
Pâté is provided by The Grape chef Brian Luscher, and it’s no ordinary pâté: The one we ordered was studded with cognac-soaked currents and smothered in duck fat. As a favorite relative once said: “Burp, y’all.”
The food is thoughtful, but this is not a stuffy place. People tend to camp out in the bar area toward the back, which has a concrete countertop and an underside paneled in wine boxes.
Cozy tables and warm lighting make the rest of the place a prime date spot. Or show up with a bunch of friends – a large table in the center of the bar would work smashingly for a birthday party.
On two recent visits, the bar area was the most crowded, with every seat taken at around 7 p.m. on a Tuesday.
Brooks Anderson, who owns the shop with his brother Bradley, stood behind the bar filling drinks and chatting with customers, most of whom appeared to be in their 30s and 40s.
The price point here seems reasonable for a wine bar. By-the-glass selections range from $6.75 to $15, while a special cava cocktail with muddled kumquats is $9. (Lately, they’ve swapped out kumquats for prickly pear purée – ask for it if you’re interested.)
The beer selection includes the typical European bottled imports. Brooks says he plans to bring in local craft brews soon.
Interestingly, they will let you taste the wine even if you just order a glass, which is a nice customer-service touch. Just don’t send back the pâté, or I will die a slow, painful death.

What to wear: Whatever you’re in the mood for; either casual or dressy attire works.
What the music is like: A stereo system plays anything from the Flaming Lips to Louis Armstrong. Sometimes they also bring out a record player.
Drink of choice: The Fernando, a zippy mix of cava and muddled kumquats. Or your fave red or white.
Smoking: No
Cover: None
Bottom line: Go for the wine, return several times for the noshes.

Brooks and Brad Anderson own a law firm together, but ever since their college days in Paris , the brothers have dreamed of making a living that involves food, wine and travel.
Toward that end, this summer they opened Veritas Wine Room, a combination wine bar-retail shop in a hot new Henderson strip. What caught our eye was the “Texas-centric food program.”
“We were already familiar with some of the products we sell now,” says Brooks, including cheeses from Nancy Patton’s Haute Goat Creamery in Lubbock . Her blue (actually green) goat cheese called Bleu Ballz melts in your mouth and married right up with the 2005 Les Deux Tours Sauvignon Blanc on Veritas’ changing wines-by-the- glass list.
Local cheeses also include Texas Gruyére and two others from Veldhuizen Farms in Dublin as well as five from Paula Lambert’s Mozzarella Co.
Another local find was bison jerky from Wenzel LoneStar Meat Co. in Hamilton . As the menu explains, it’s only partly dehydrated, and the result is a juicier jerky. The smoked version – you can also get hot-spicy – was deeply smoky and addictively chewy.
What a contrast to another local catch: “revolving charcuterie,” as Brooks calls it, from The Grape owner Brian Luscher. We savored chunky, garlicky country-style pâté. Another time, you might get a pork tureen. The flavors and richness of the freshly made vs. packaged pâté were like Kodachrome vs. black- and-white.
The brothers are also selling Wiseman House artisanal chocolates from Hico.
Nonlocal items include French double-cream brie, Danish Havarti with dill and Italian soppressata, prosciutto and mortadella. The idea is to grow the Texas selections. But it takes time, Brooks says, to establish relationships with boutique producers.
“We’re still learning to time our orders,” he says. The small guys can’t turn on a request as quickly as large purveyors.
And while there are a few Texas wines on the racks, including Kim McPherson’s Sangiovese, the 150-label selection is concentrated on small-production West Coast wines from California , Oregon and Washington such as Woodenhead Vintners Russian River Valley Pinot Noir and Graff Family Vineyards Viognier. More Texas beers are coming, too.
“It’s focused on what people want,” Brooks says. The wine list is still evolving with the help of consultant Loni Heyn.
Look around the space and you’ll notice handblown Venetian-style cracked-glass light fixtures by Dallas artist John Pierce and eye-popping contemporary paintings by Dallas artist Steve Lawrence. Yet Veritas is cozy, with lots of comfy nooks and spots, from overstuffed easy chairs to a community table made of wood from a 120-year-old East Texas farmhouse.
Despite their inexperience – the Andersons have made a couple of stabs at this previously – they’ve put together a winning spot that they hope will get better.
“We’re attorneys by trade,” says Brooks. “We’ve got a pretty steep learning curve